In which we give a brief overview of everything that happened on KernelDevDay, giving a step-by-step account of the event and showing some statistics on patches sent on that day.

We are glad to announce that KernelDevDay (KDD) was a huge success, achieving our goal of hosting the very first Linux Kernel contribution get-together at the University of São Paulo (USP). By fostering this new community of FLOSS developers, we were able encourage a new generation of contributors to dive into the world of Linux Kernel development. During the event’s closing, many participants gave their feedback on the event, which we transcribe a few here:

“The atmosphere was always very light and pleasant. The mentors [more experienced participants] were always willing to help; at no time did I feel intimidated to ask questions. Thank you very much for the initiative! I look forward to the next one :)”

“You created a very comfortable atmosphere in this event, I was not afraid to ask anything. It might be good to do an event with a wider range of contribution options, but I understand it’s tricky, since it’s too much with so little time. Anyway, the event was very good, thank you.”

“The event was excellent! For a “beginner” like me, it was possible to experience for a day, the modus operandi of Linux kernel developers.”

As a direct result of our work on May 18th, sixteen patches were submitted to the IIO mailing list; eight of which were applied and will be merged into Greg’s tree soon. With this, twelve developers had their names authored in the Linux kernel, of which seven were newcomers. We also had great reviews from the IIO community, meaning that our contributions were welcomed in the community. Many suggestions were given on how to improve our contributions, which means most patches that haven’t been applied yet may get a revision. We shall now present some statistics on the KernelDevDay below.

KDD officially started on May 17th (Friday) with a warmup for newcomers, introducing several elementary kernel tasks. We first introduced FLUSP as a whole, followed by a brief overview on the Linux kernel and its subsystems, the maintainers and community. The community review flow and an overview of the kernel development workflow were also covered. We then helped attendees with their development environment, which included: repository cloning, mailing list subscription, kernel compilation, and git configuration.

This warmup was proceded by the actual event itself, KernelDevDay, on May 18th. Participants were greeted at reception at eight o’clock. From 8:00 to 8:40 attendees received an identification badge, FLUSP t-shirts, stickers, and keychains. We then had KDD’s official opening start with a talk about our FLOSS students group: FLUSP; our history, values, goals, and achievements. We also brought some statistics about the Linux kernel, it’s comprehensiveness and importance to other great projects, giving attendees some motivation to contribute. As a final note, we presented promotional videos from our sponsors, highlighting their support with the Linux project. 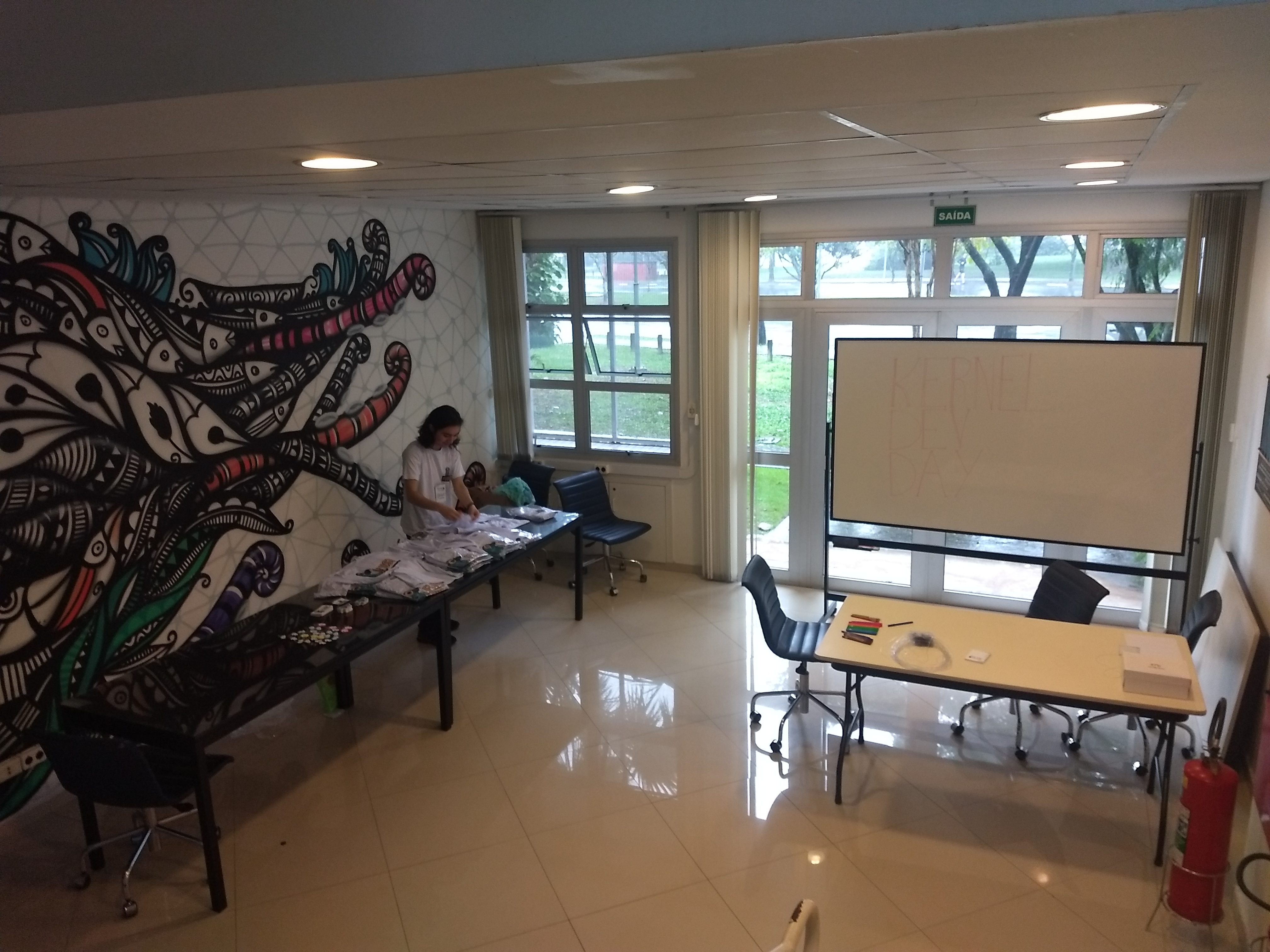 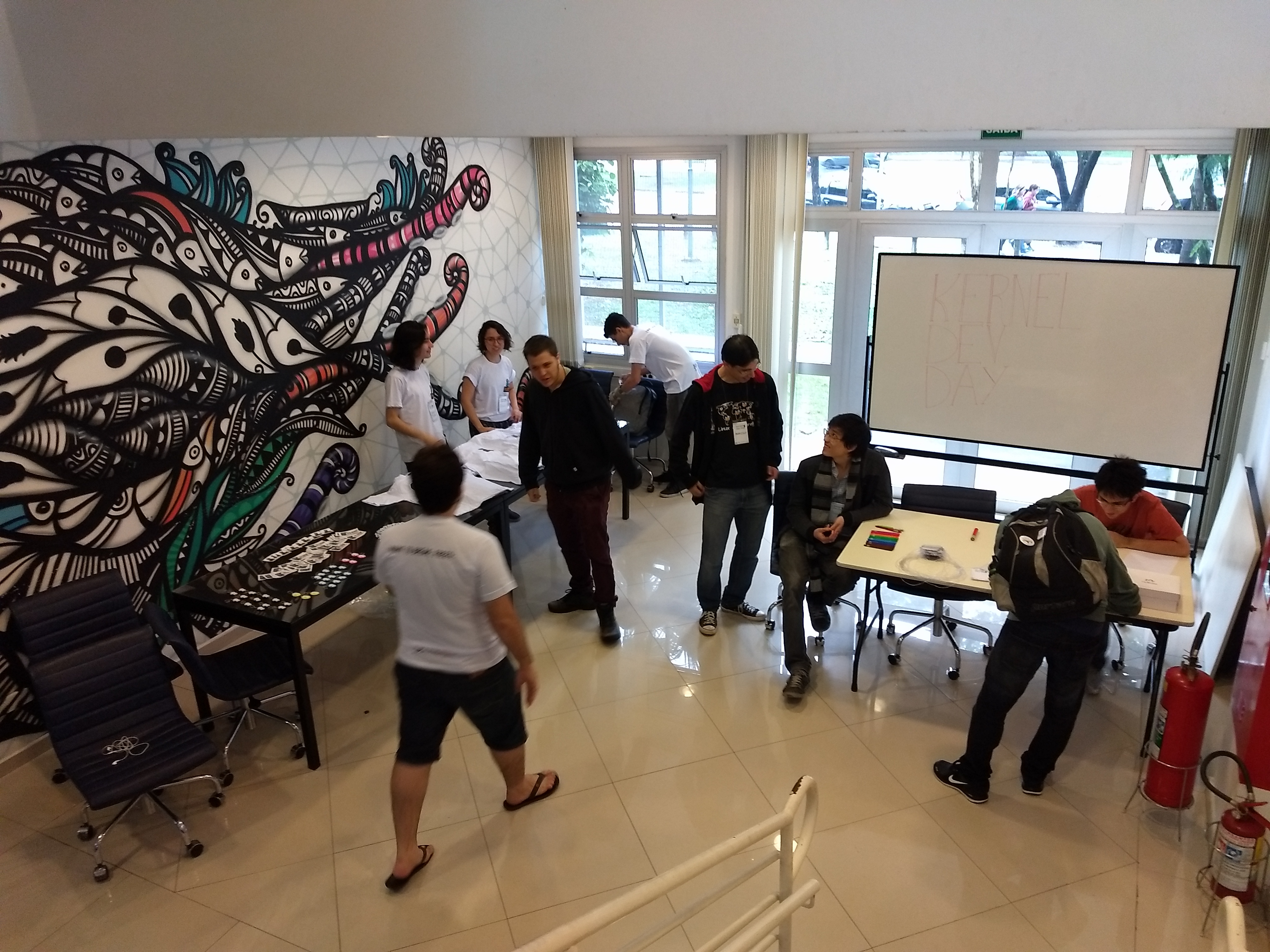 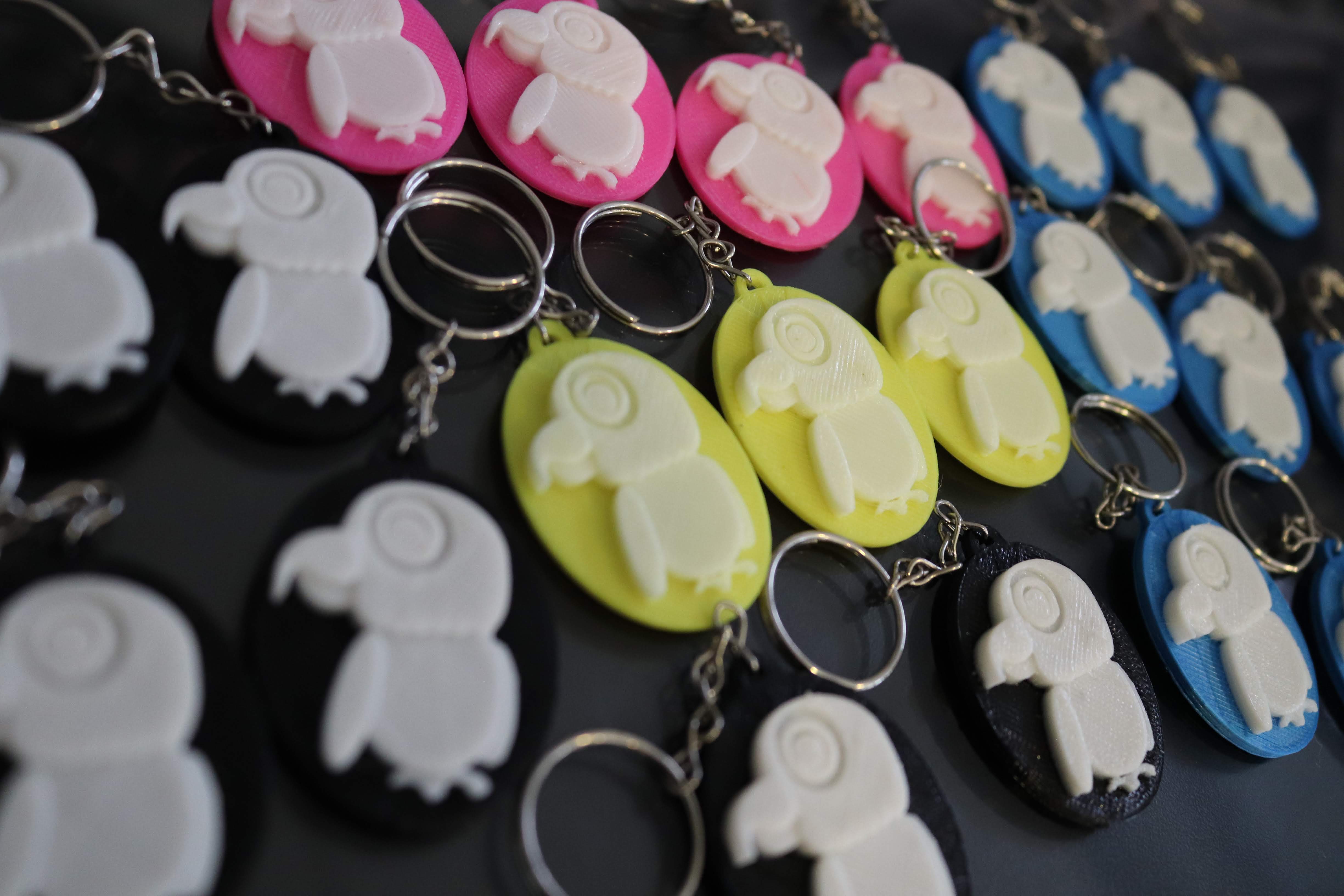 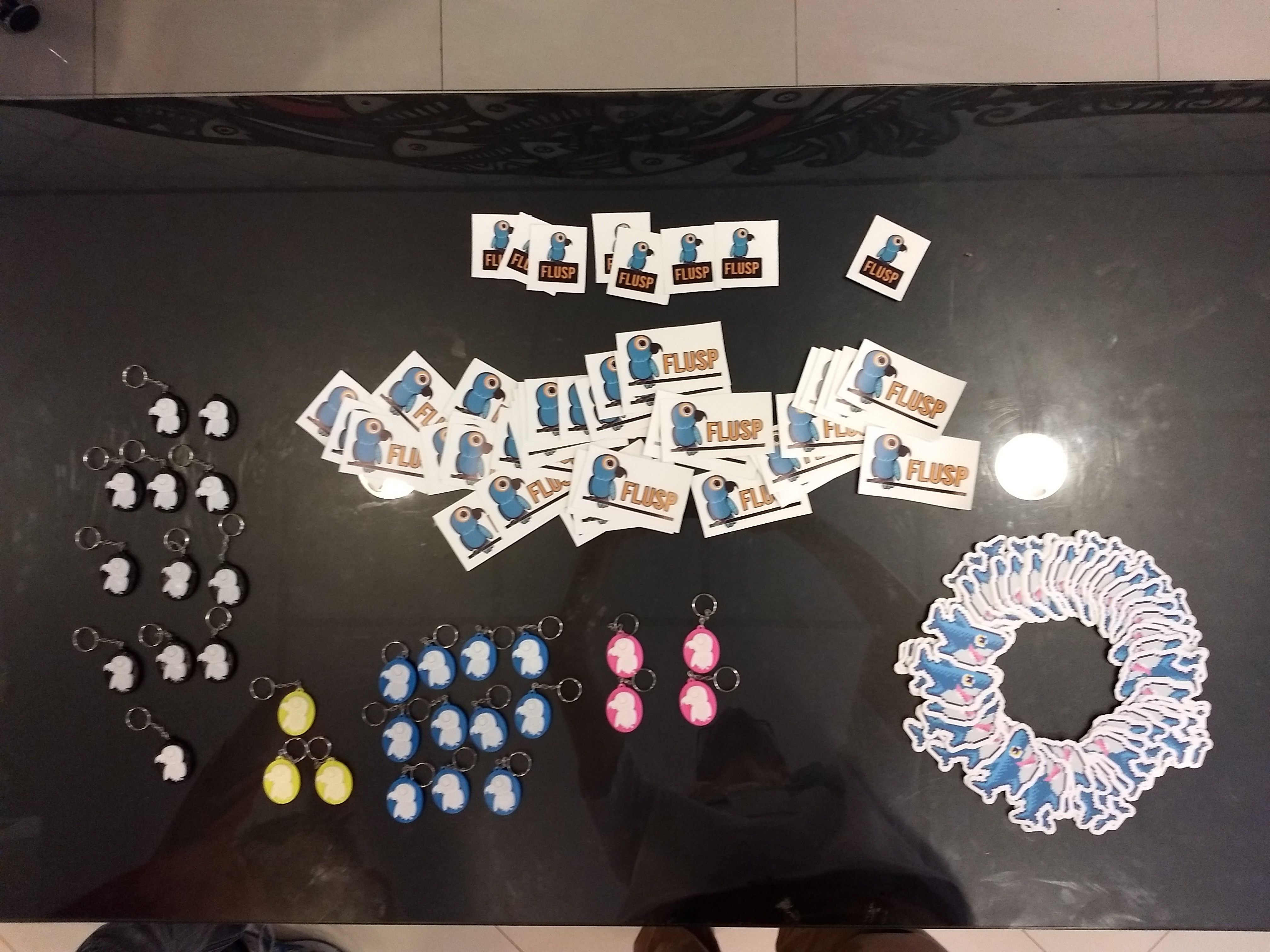 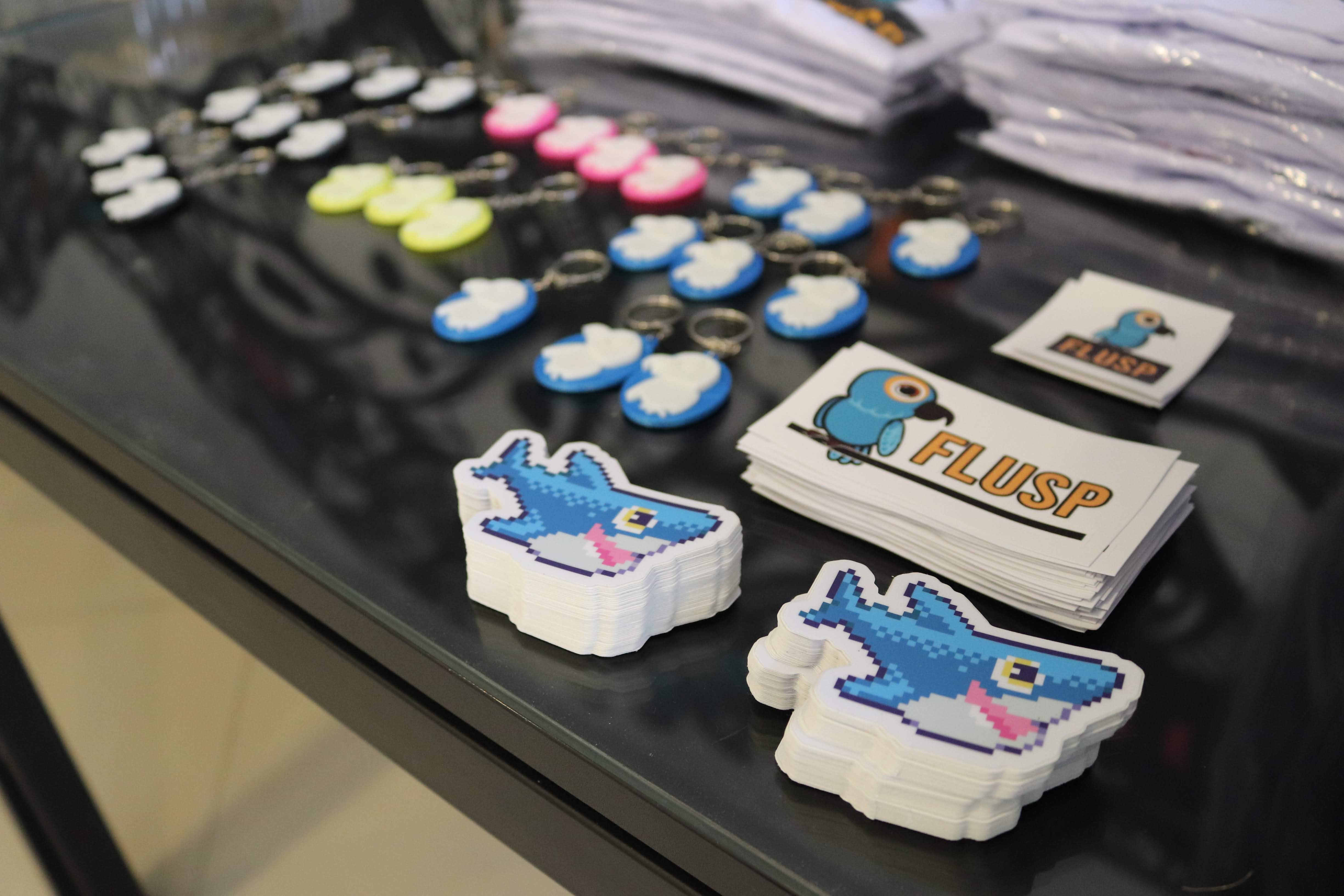 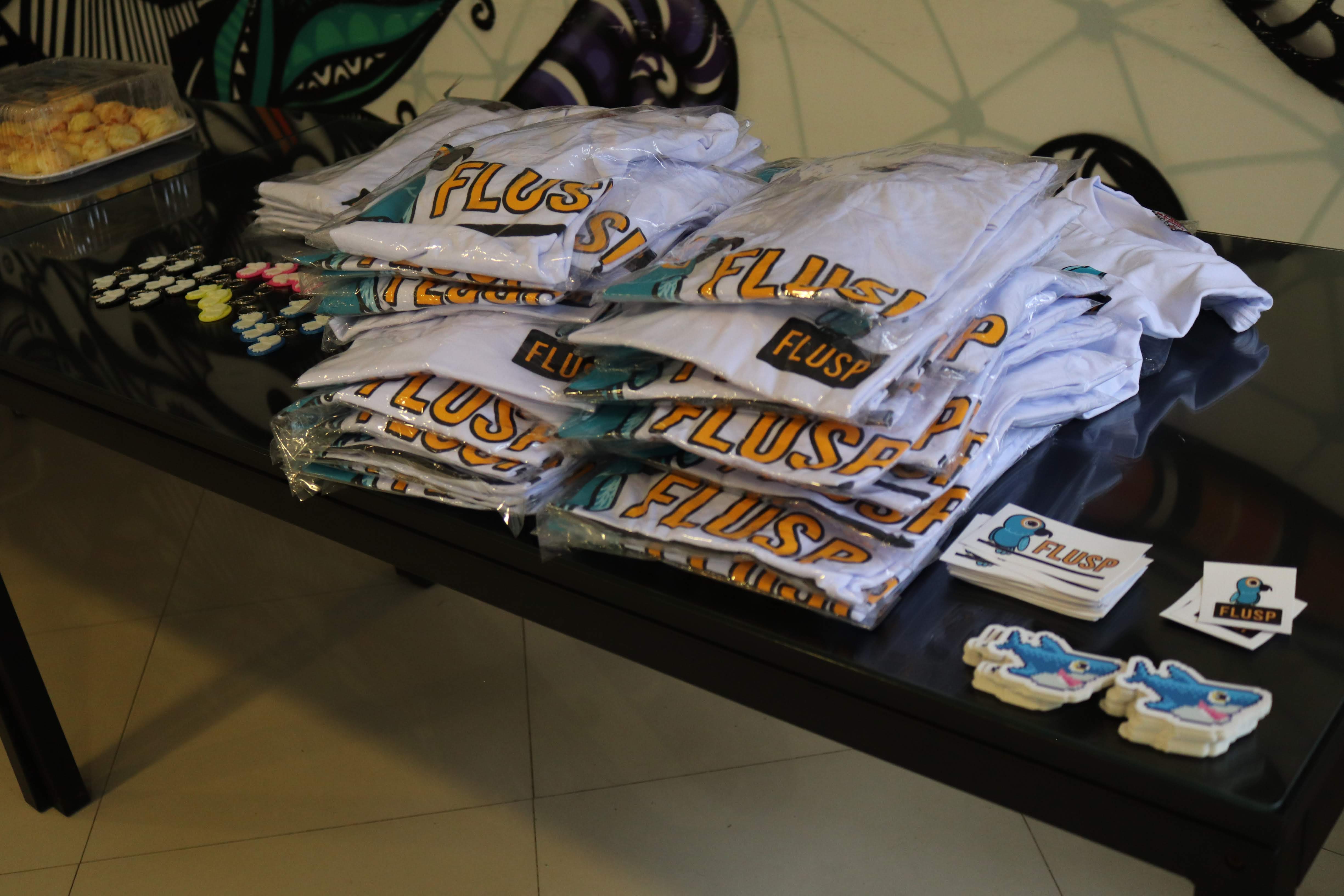 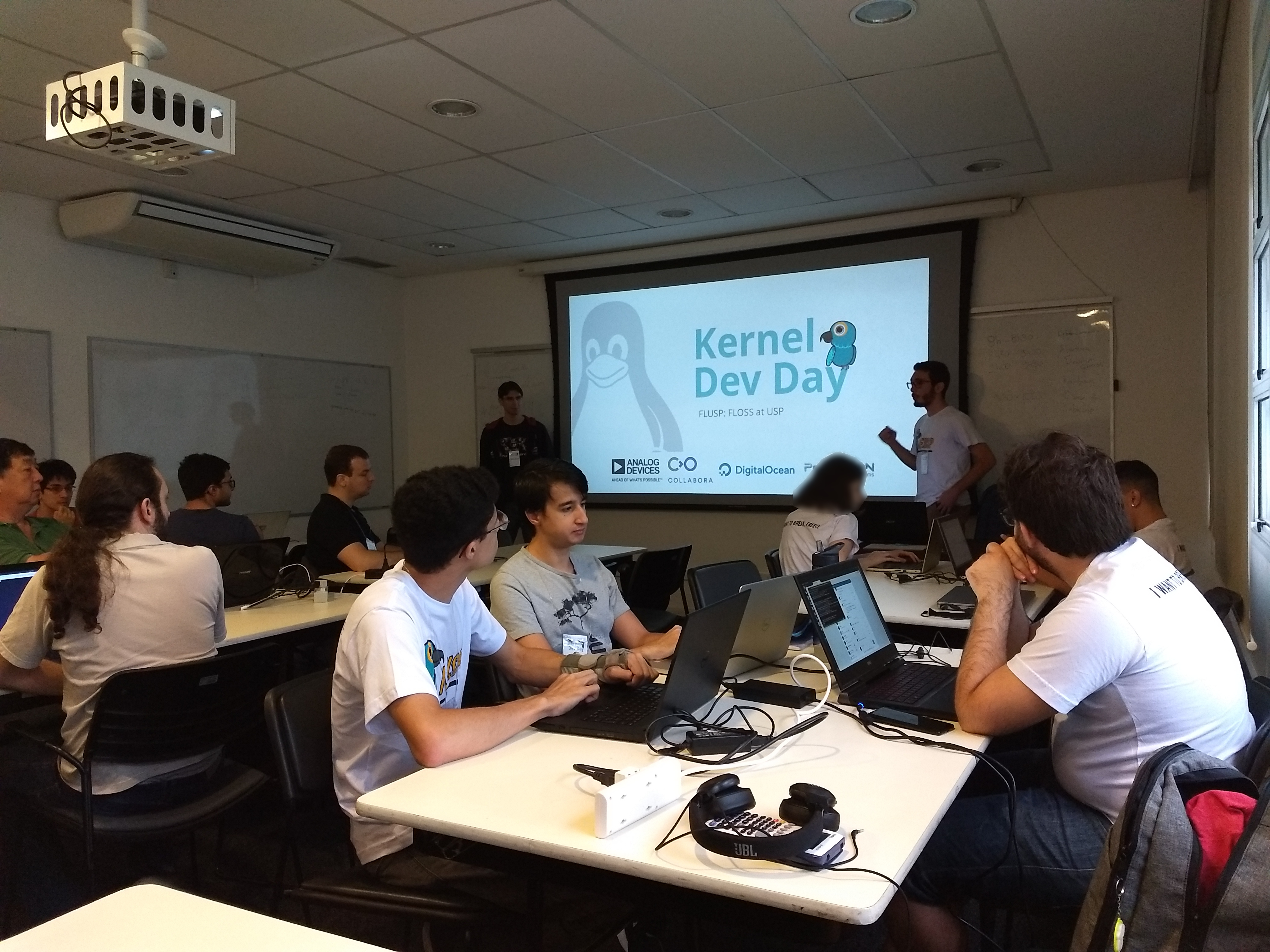 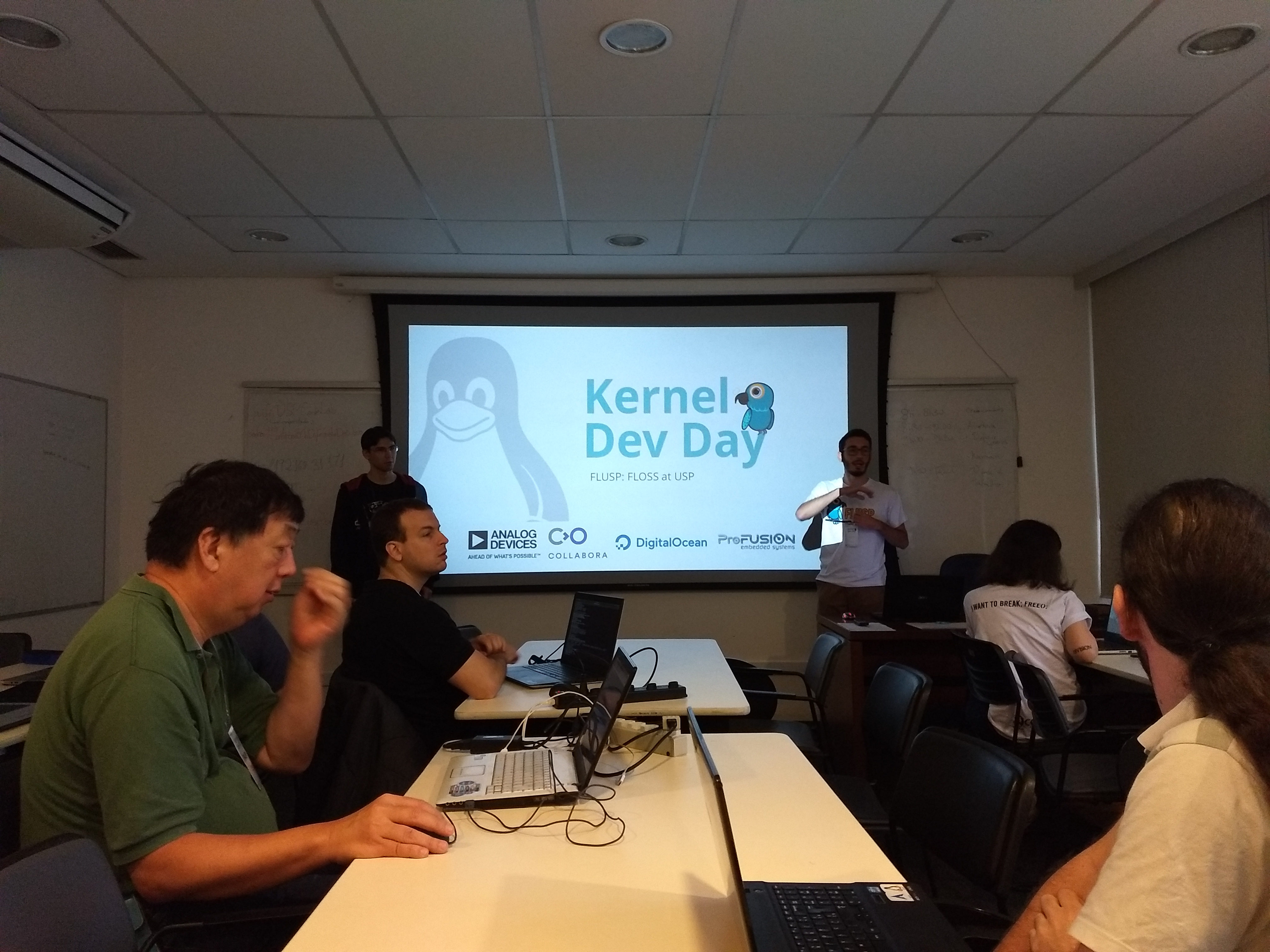 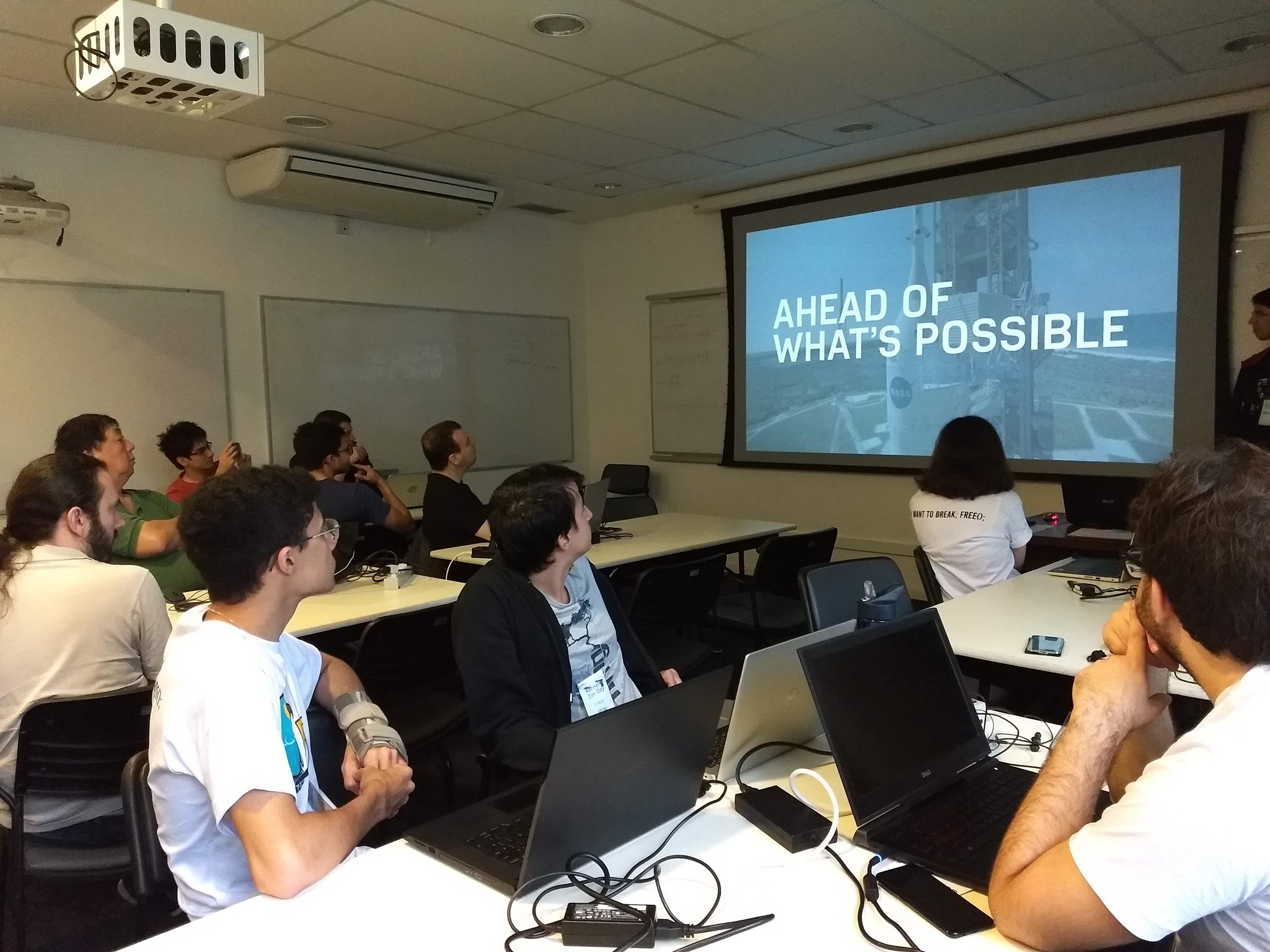 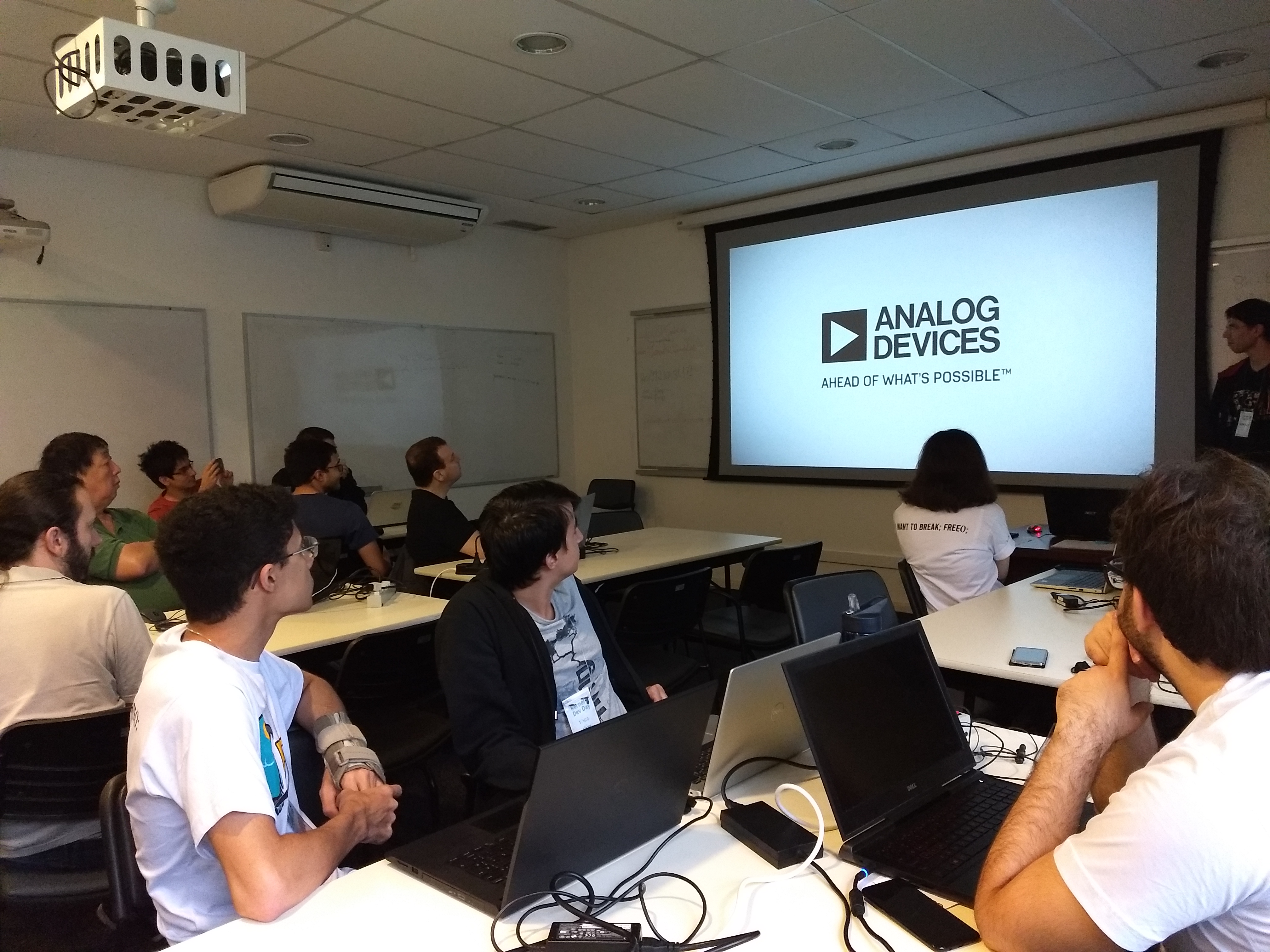 Following the event intro, we presented an introduction to the IIO subsystem, explaining its purpose, what sort of devices it supports, how IIO device drivers interact with hardware, what are the correlated kernel interfaces, and the fundamentals of driver structure and functions. We then finished our more technical intro giving some guidelines on how to contribute to a driver. A process that includes studying the driver code, reading the IIO documentation and device datasheet, and looking at previous patches sent to the driver.

At around 9:30 AM, we divided the 21 developers into 9 teams to work on previously selected issues. Our goal was to contribute to drivers in the IIO staging area in an effort to make them more compliant with the new IIO API and, hopefully, move them to the mainline. Since it was a single day event, we focused on documentation and smaller contributions. After choosing issues to work on, we set up a kanban to track development flow. The rest of the morning was dedicated to working on the issues and updating the kanban accordingly. 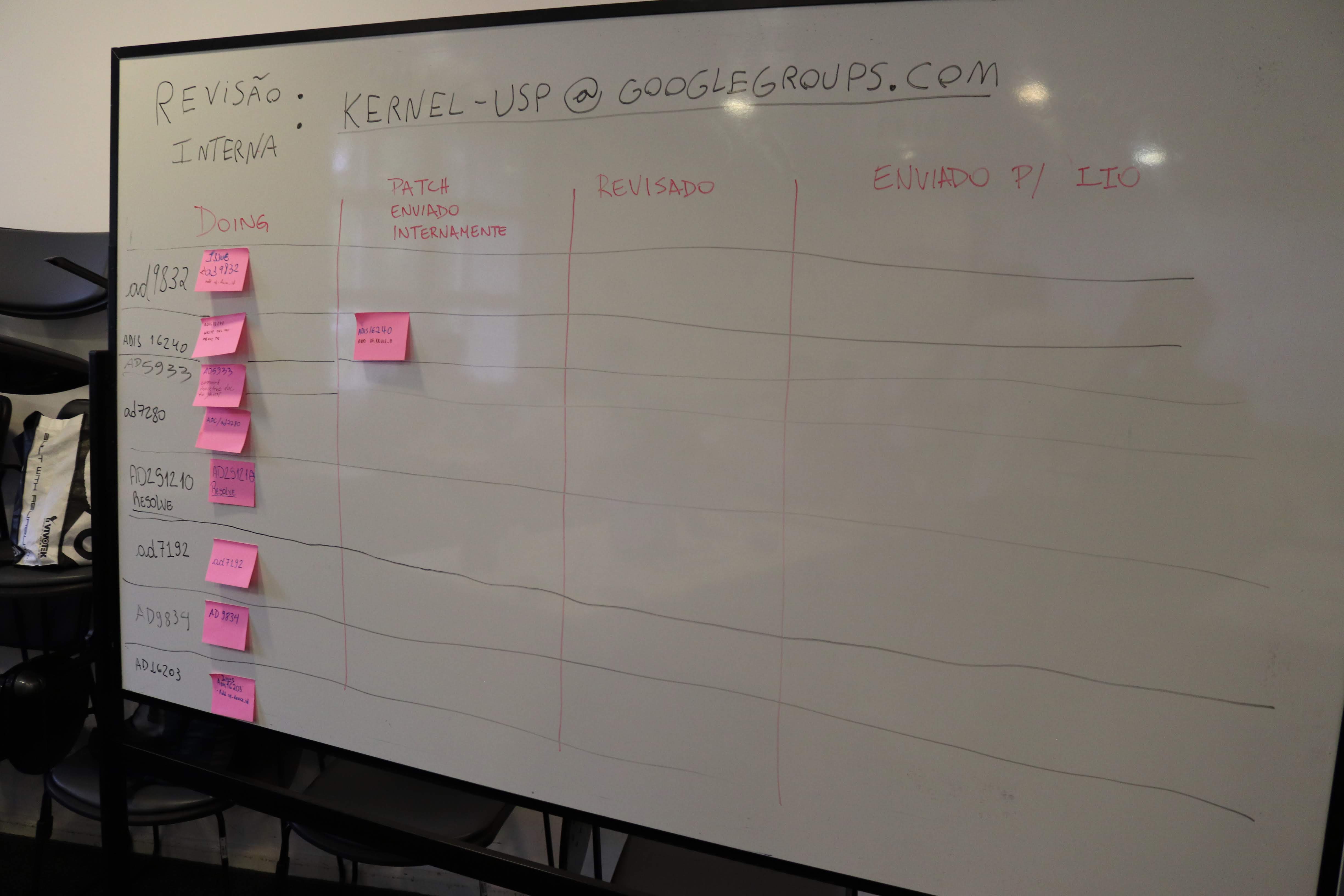 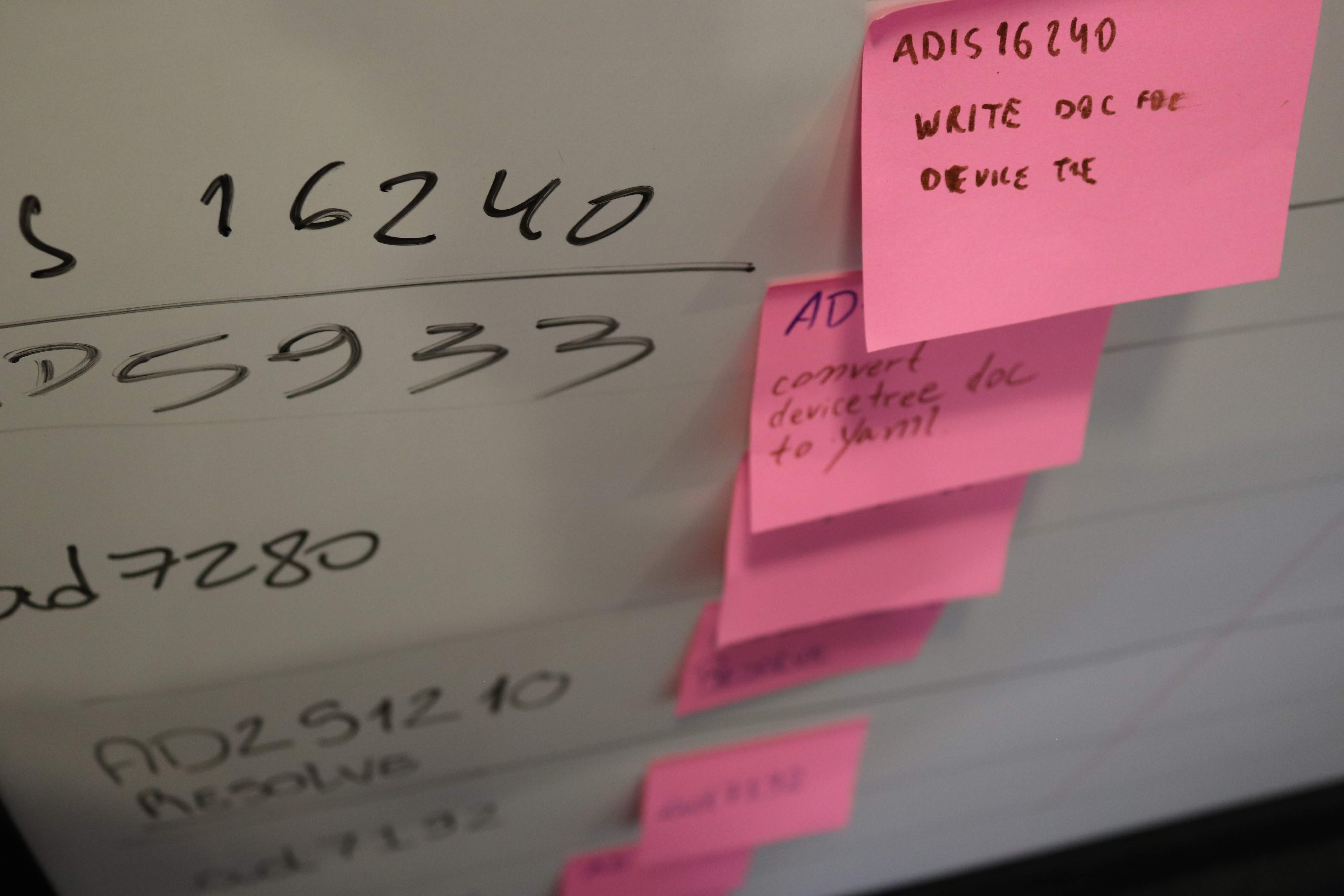 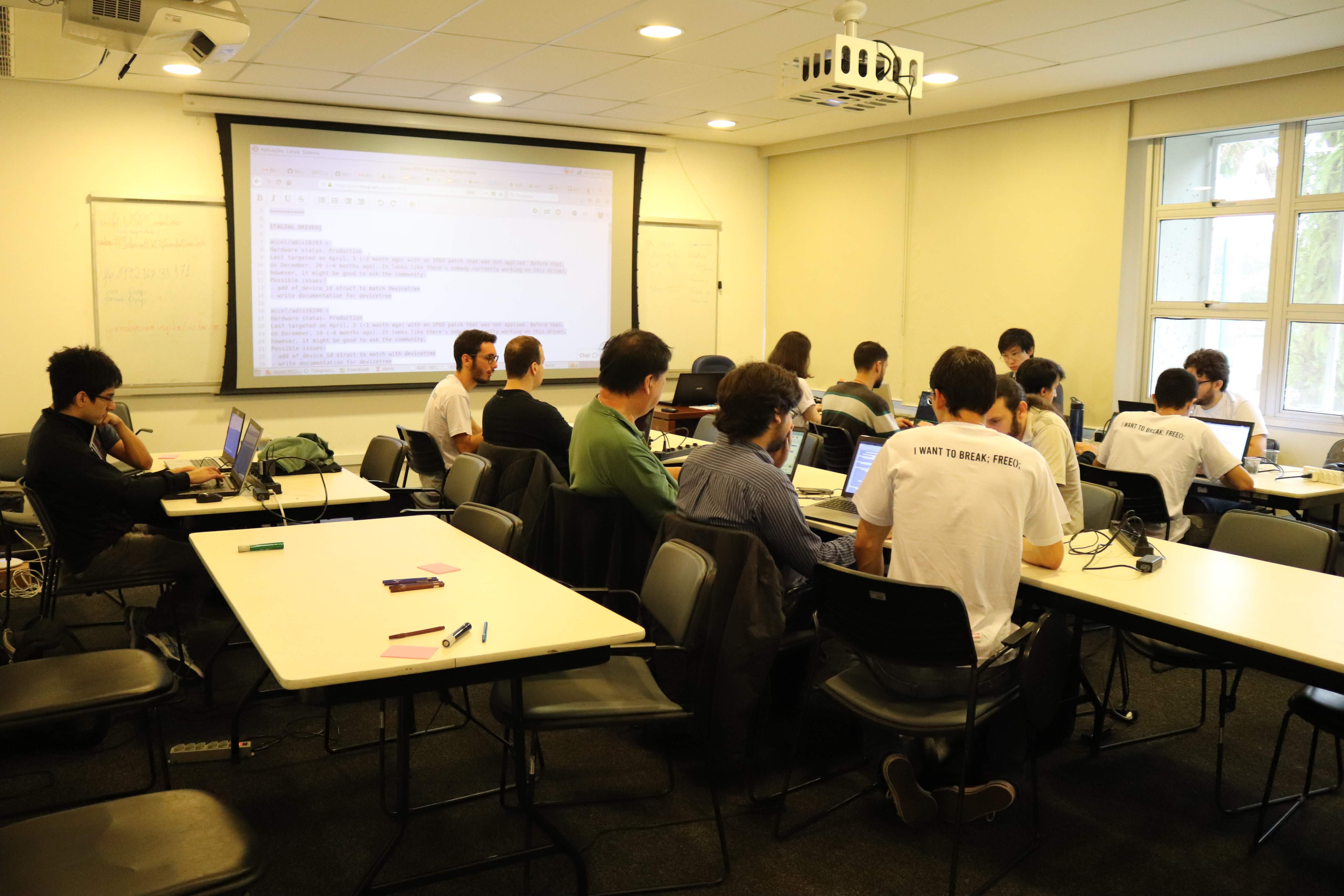 Coding throughout the morning 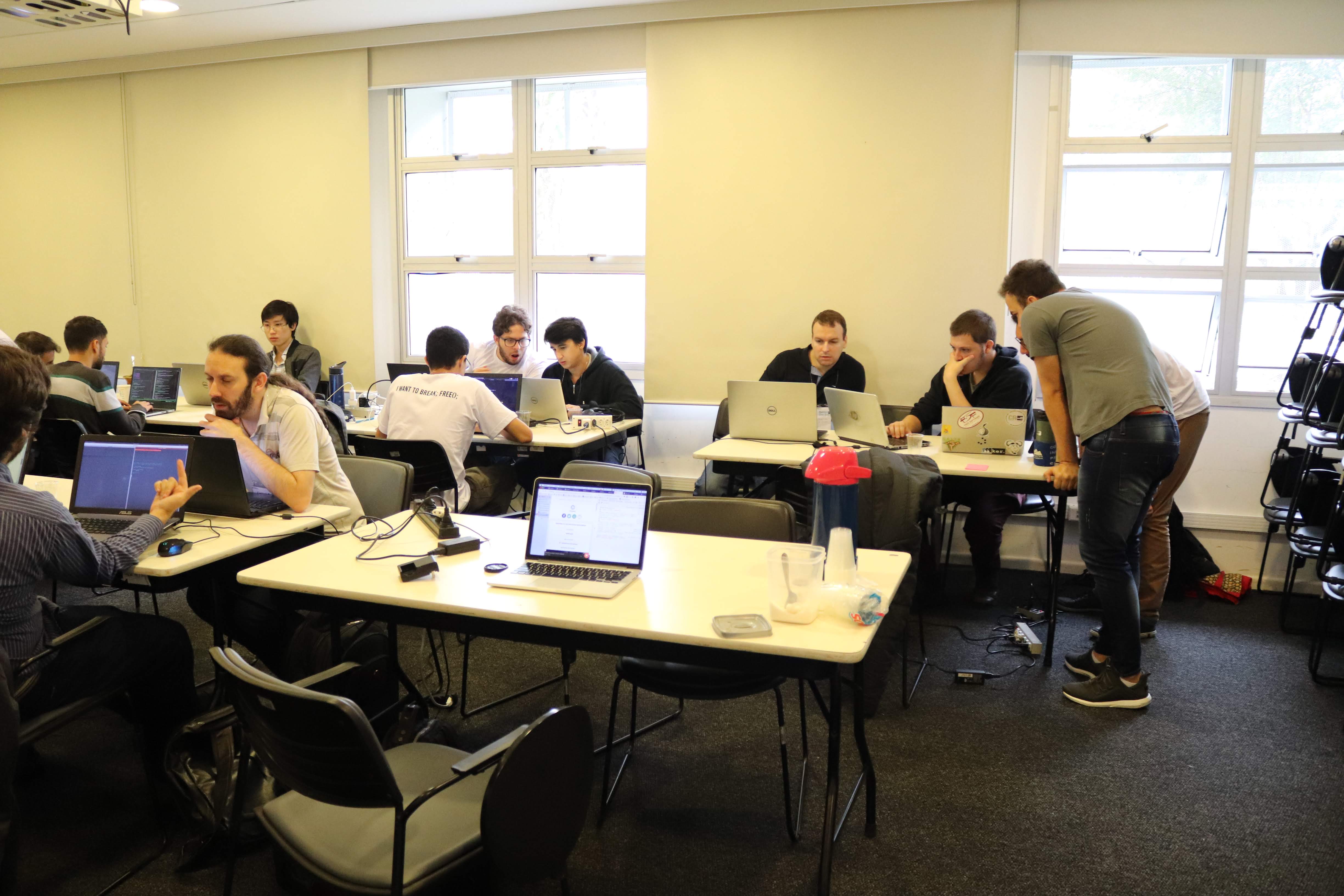 Coding throughout the morning 2 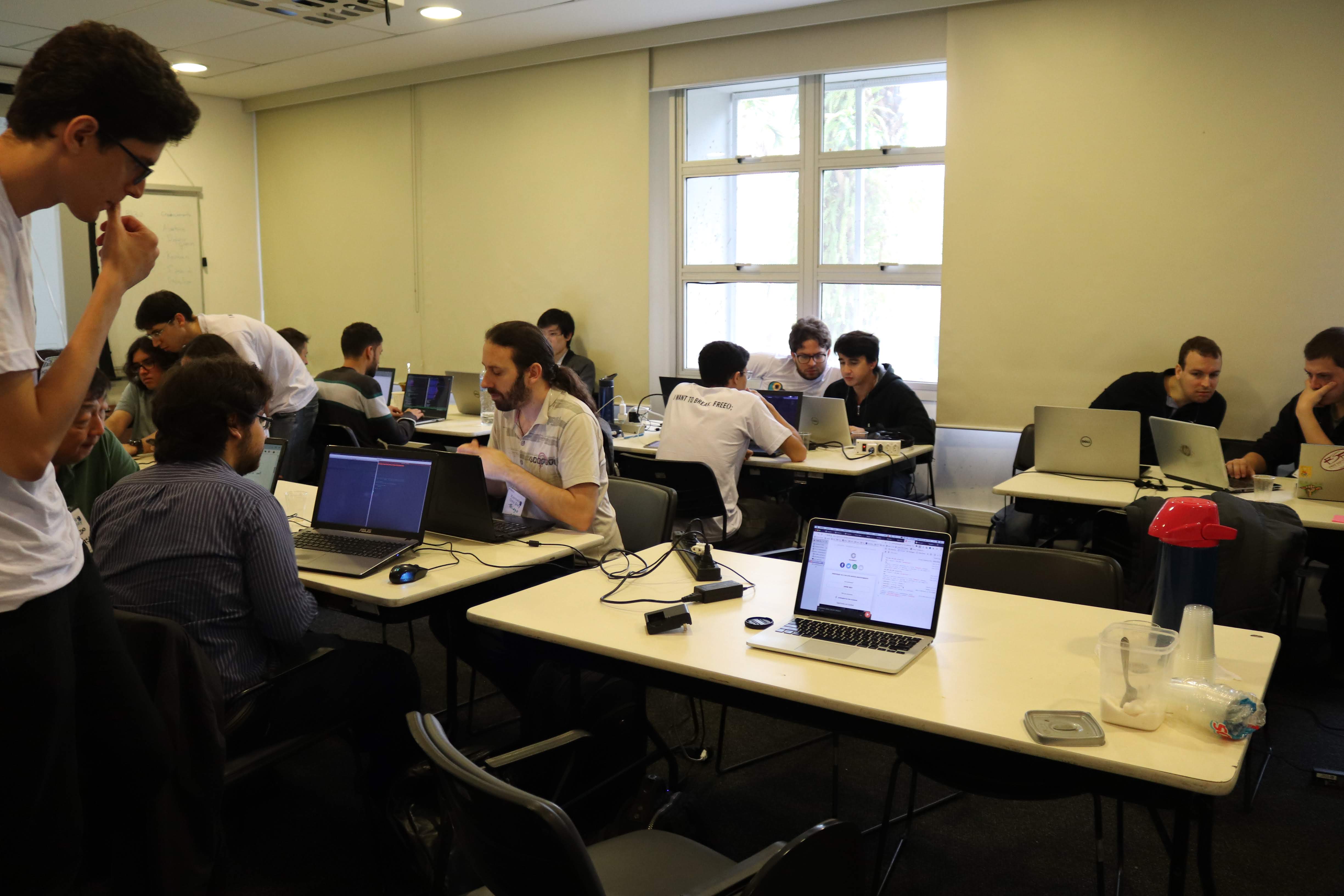 Coding throughout the morning 3

At midday, we took a lunch break. We had bread, peanut candies, many flavors of juice, and a carrot cake. The attendees used this moment for socialization; they talked about technical things such as devicetree, other kernel subsystems, FLOSS projects, etc. We also took a photo with those that consented with their photo being taken. 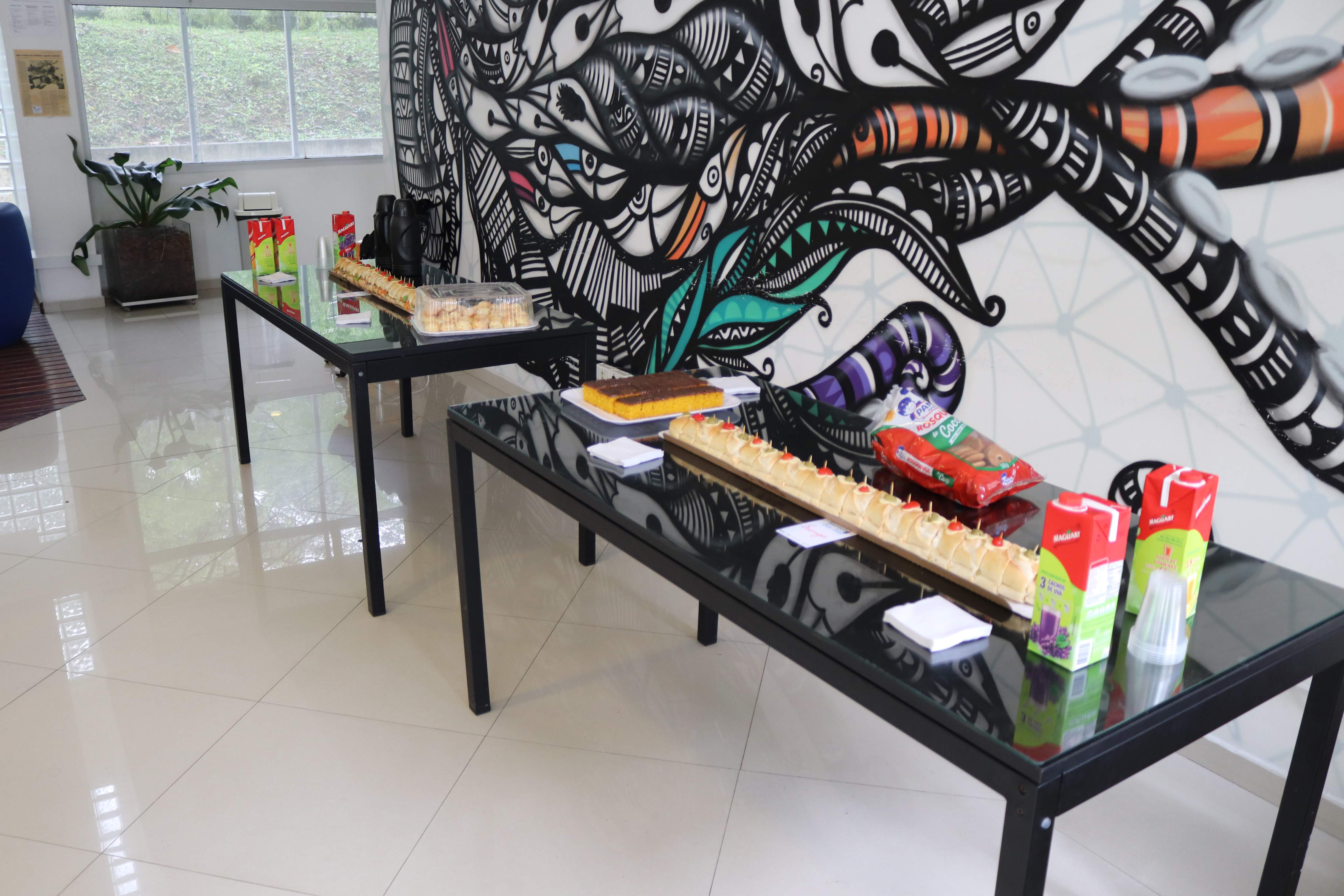 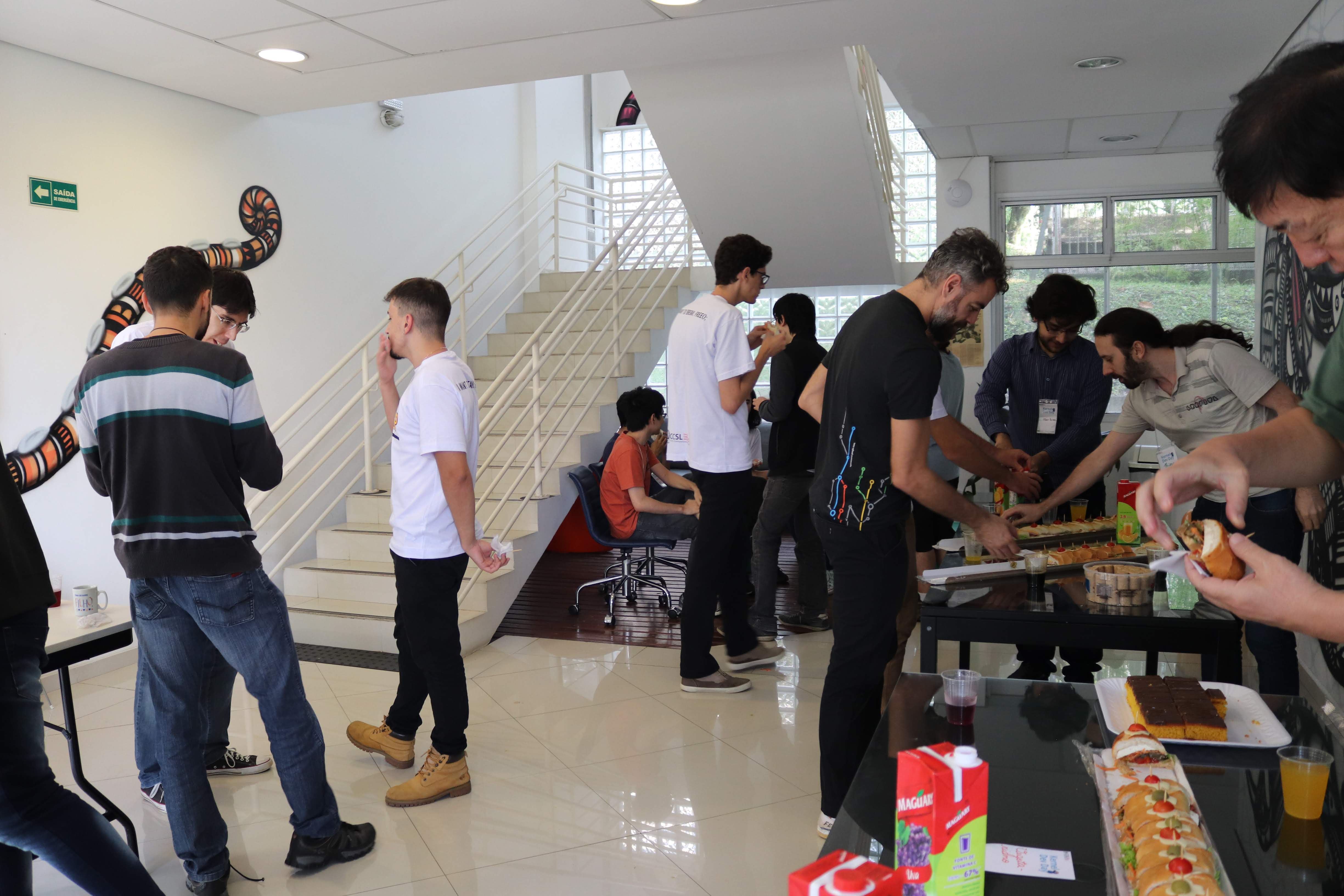 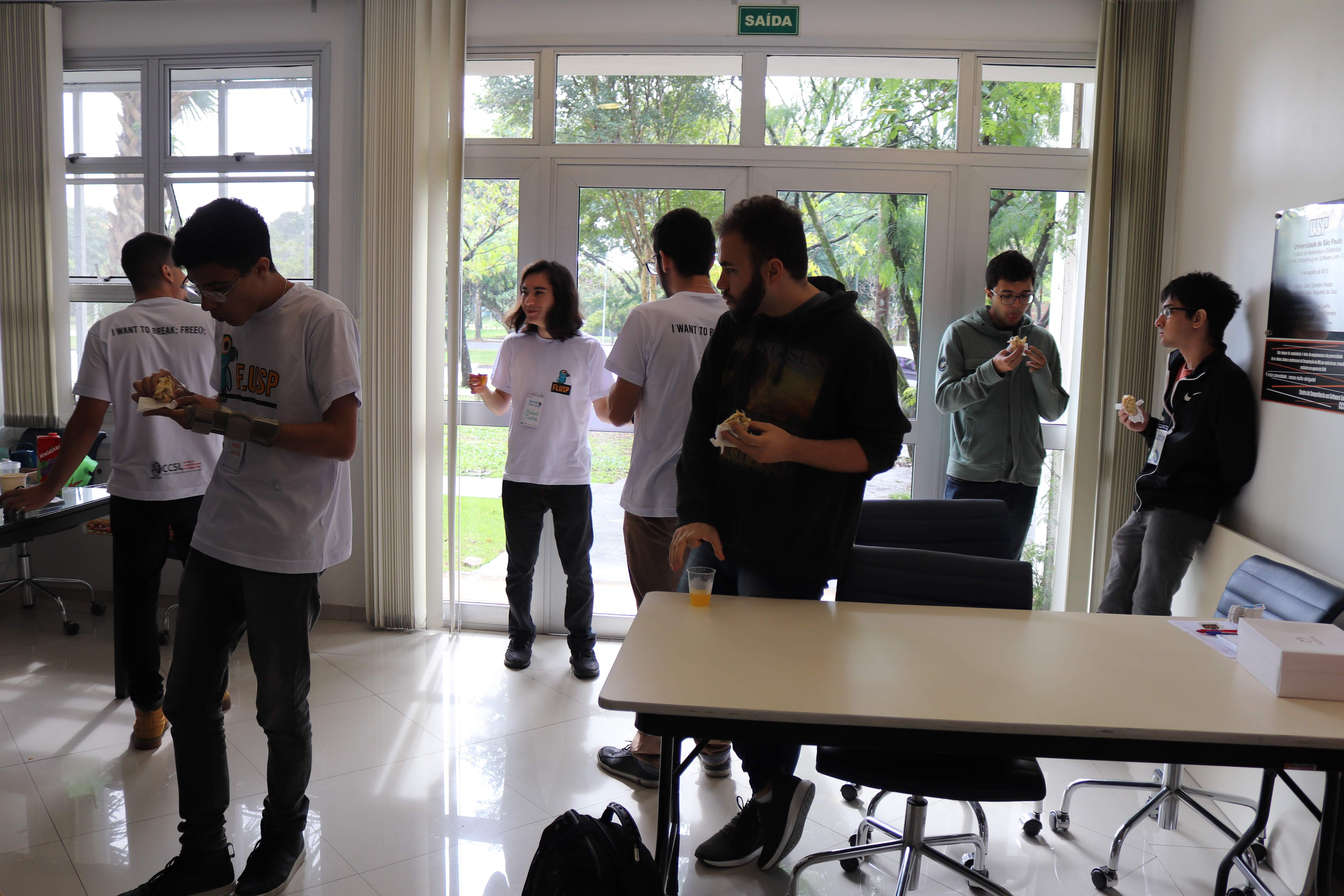 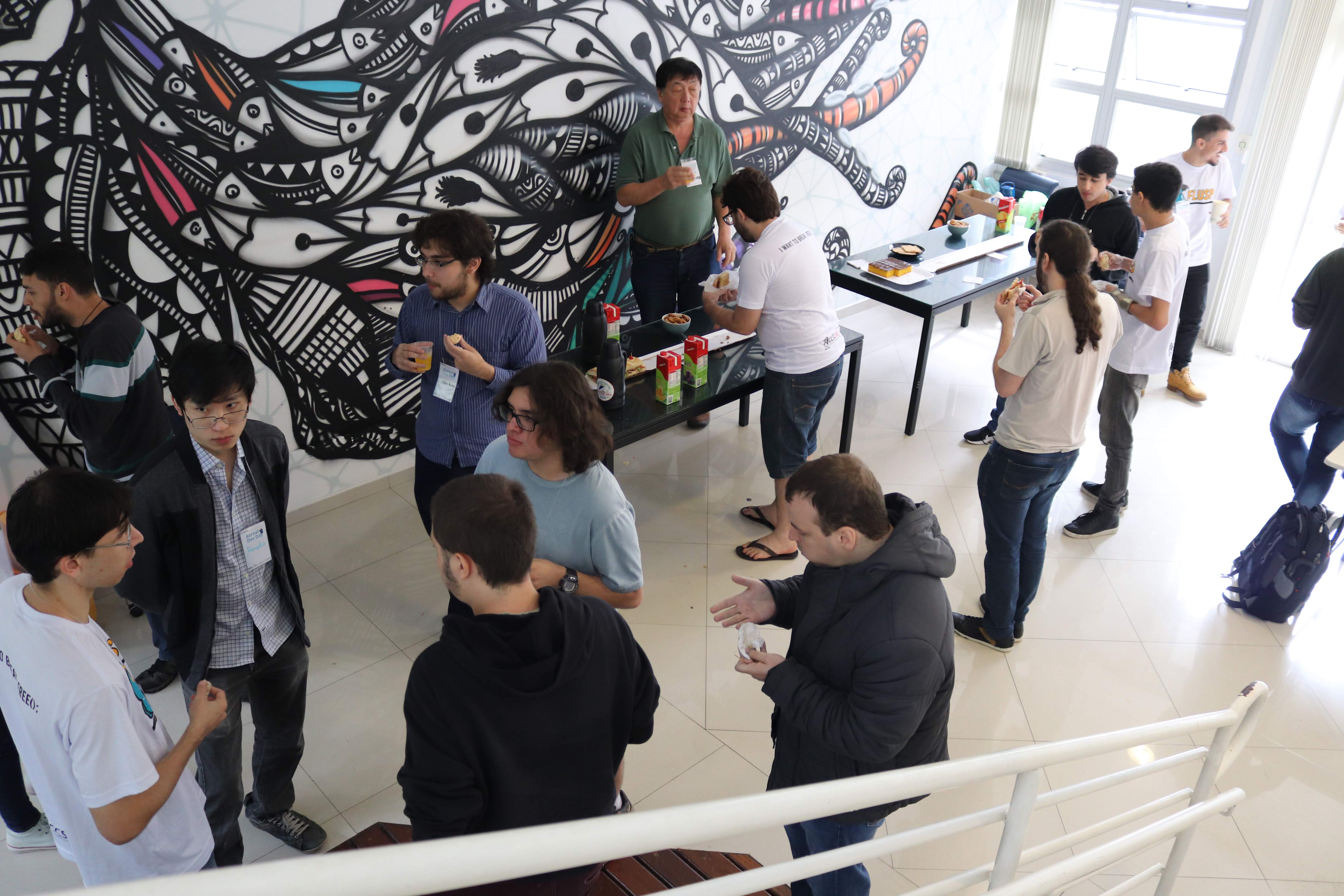 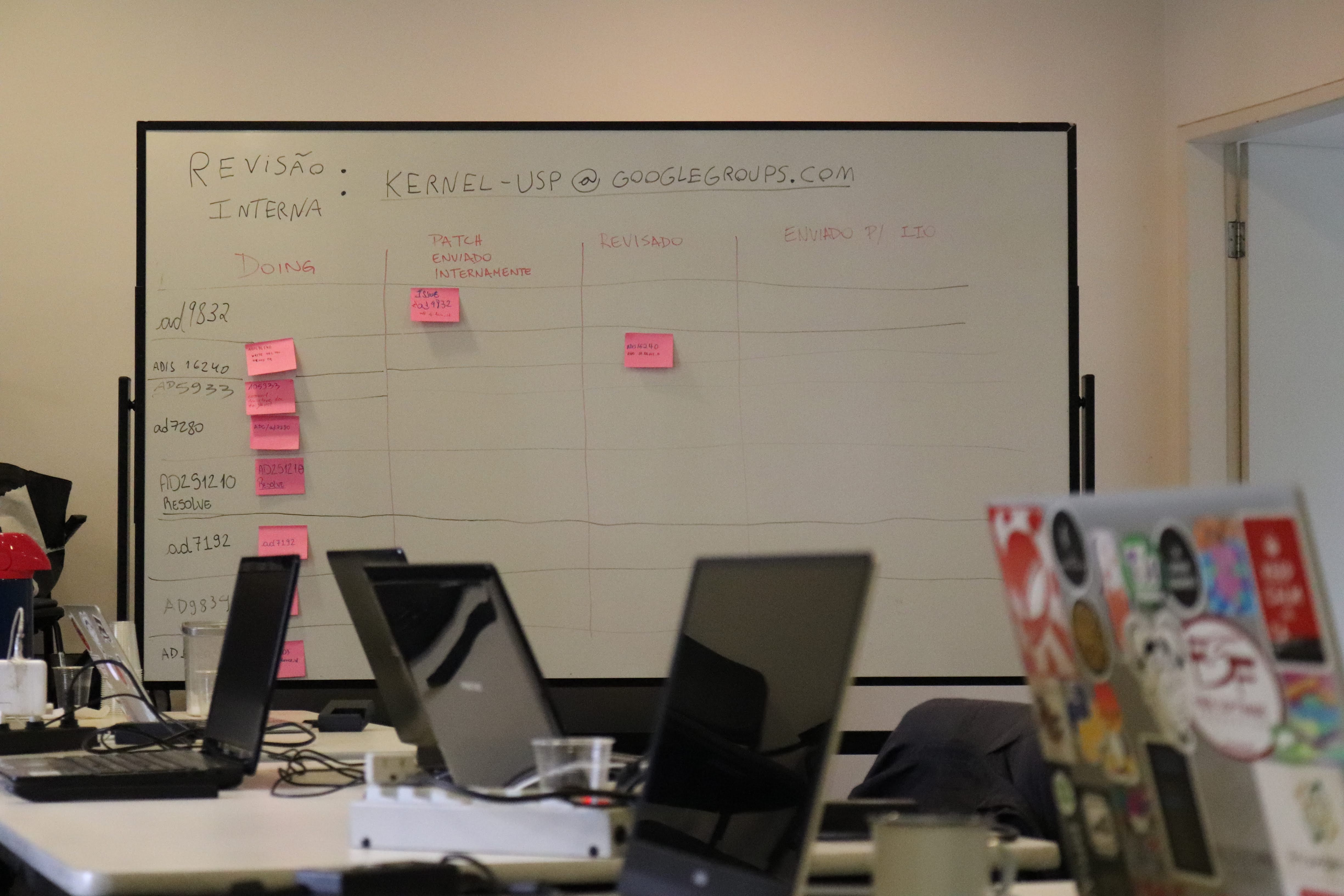 All work and no play makes Jack a dull boy 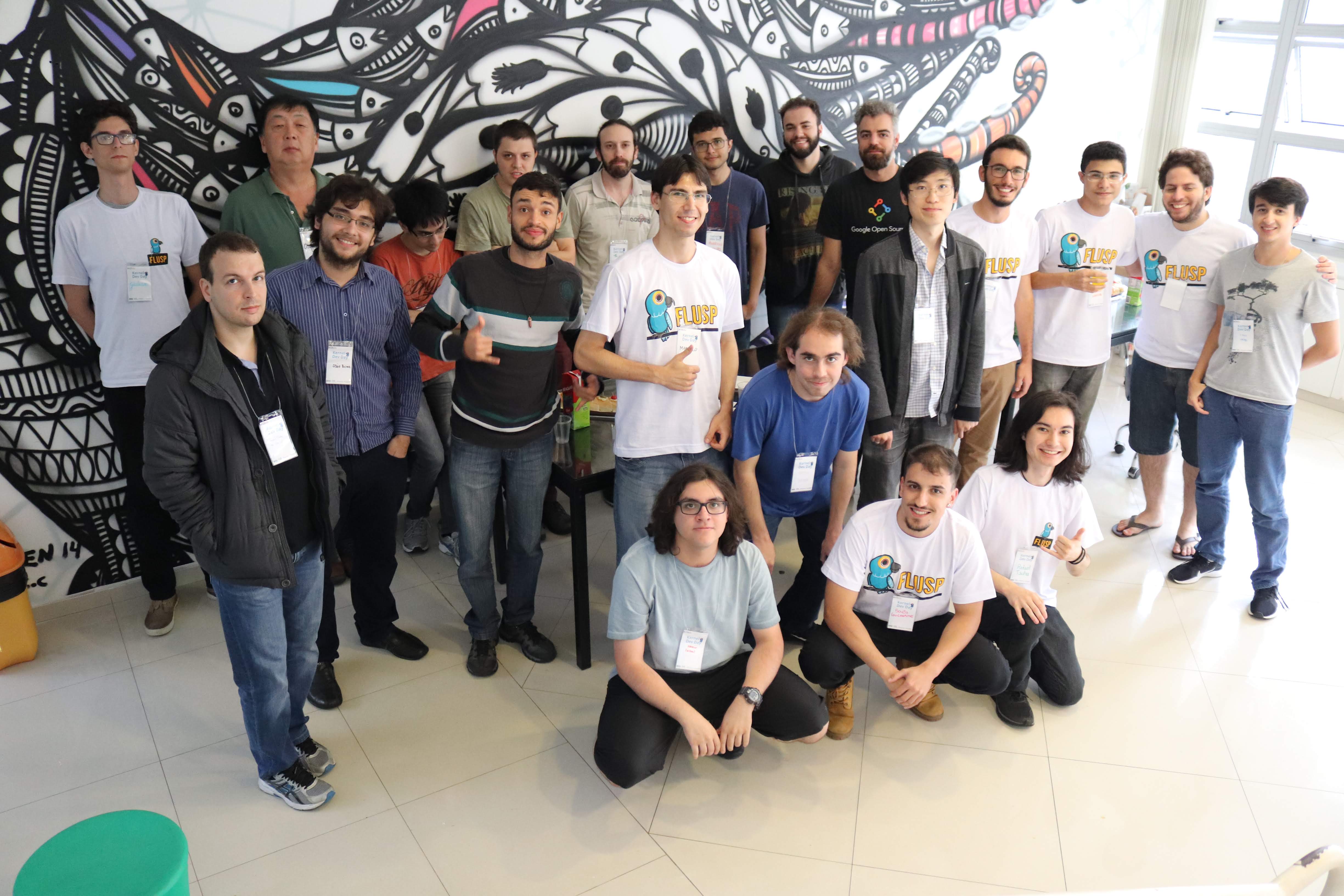 We kept on working throughout the afternoon, having a thirty-minute coffee break at 3 PM. During both morning and afternoon, participants had at least two available mentors/coaches helping them with their issues, anything related to kernel, and patch mailing. We had an internal review on patches, asking participants to submit their work first on the FLUSP mailing list. After 5 PM, we intensified the review process to improve patch quality, increasing their chances of being accepted when submitting to the IIO mailing list. We had up to four coaches reviewing patches at a time! To our surprise, most participants were still going strong as late as 7 PM, working overtime to get their patches up to the Kernel standard. For this reason, we decided to extend the event and finally close KDD at 8 PM, one hour past our original closing time. 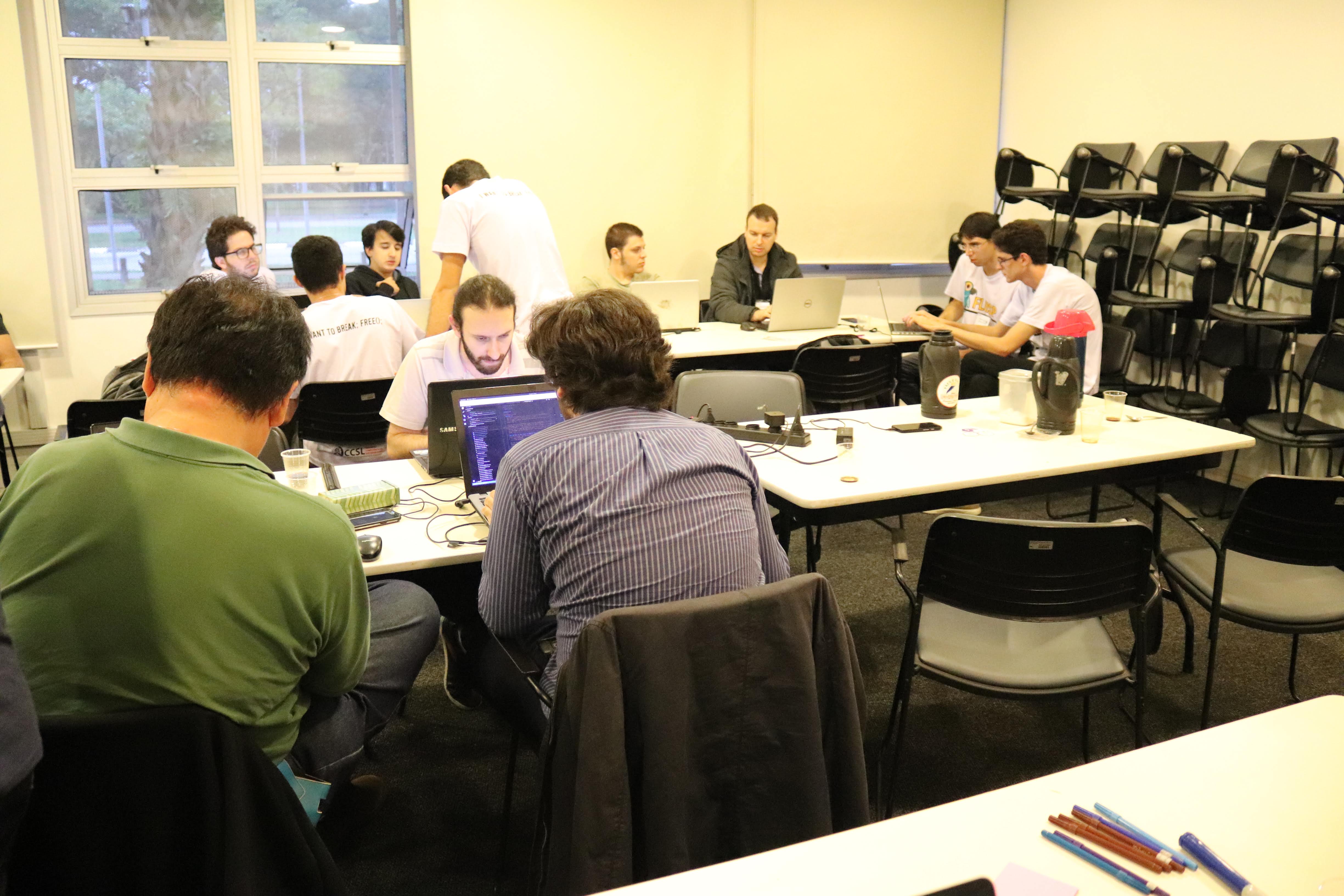 Coding throughout the afternoon 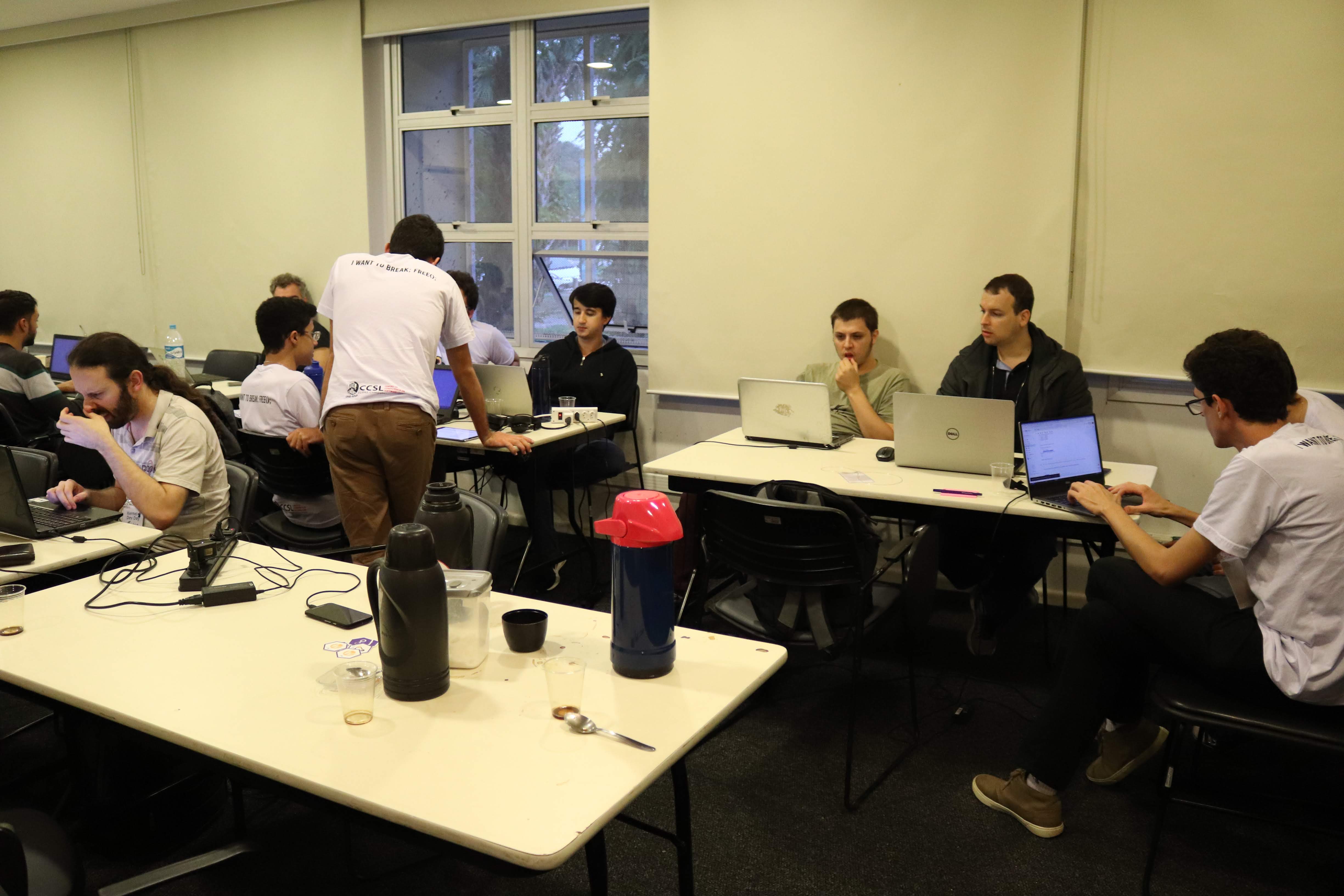 Coding throughout the afternoon 2

Coding throughout the afternoon 3

We finally closed the event by going through each of the completed issues on the Kanban, and acknowledging each patch sent out to the IIO mailing list. Surprisingly, 19 out of 21 developers had their patches submitted to the kernel. We encouraged participants to keep working on their patches after the kernel community review. Overall, it was a fun “collaborathon”!

Here is the list of all patches sent during the event.

Here are the slides we used during our event opening.

We know that KernelDevDay wouldn’t have been such a great experience for everyone had we not had help from many people. We would like to give a special thanks to the following people:

For more information, feel free to send us an e-mail: flusp@googlegroups.com 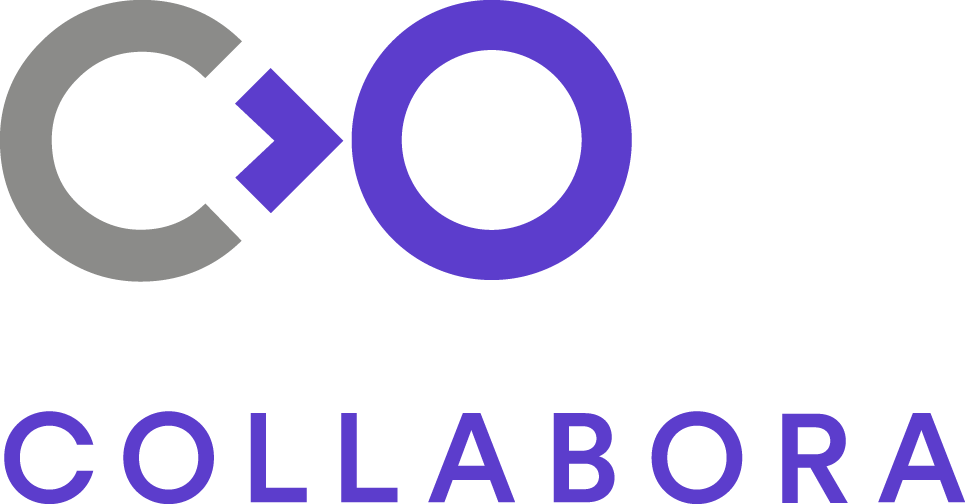